A review (critique) of the new Construction Act transition provisions 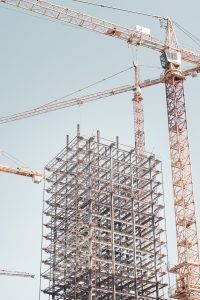 By now, most stakeholders in the construction industry in Ontario have heard that the Construction Lien Act (“CLA”) has been replaced with a more modern and expansive Construction Act (“new Act”).  I suspect most people have a basic understanding that the new Construction Act amends the lien, holdback and trust provisions of the CLA, while also implementing a brand new prompt payment and adjudication regime within the Province.  However, I also imagine that many in the construction industry do not fully understand or appreciate the applicability of the transition provisions.  In other words, how do we determine which projects in Ontario are governed by the “old” CLA, and which projects are governed by the “new” Construction Act?

My goal of this article is to set out the transition provisions of the new Act, and to highlight what I see are some of the potential problems, or at least some of the uncertainties that arise from the wording of the transition clauses.

In February, 2015 the Ontario government engaged Bruce Reynolds and Sharon Vogel to conduct an expert review of the Construction Lien Act, and to provide recommendations for amendments where appropriate.   Reynolds and Vogel reached out to all sectors of the construction industry and undertook a 14 month consultation process to obtain input from as many industry stakeholders as possible.  The expert review also included an examination of how other jurisdictions around the world handled various issues within their construction industry.

On April 30, 2016 Reynolds and Vogel submitted their Report which contained 100 recommendations.  Most of these recommendations were accepted by the government, and made their way into the drafting of the new Construction Act.  Given the broad and sweeping nature of the changes, it made sense to rename the Act by removing the word “Lien”, since the legislation addresses so much more than just lien construction lien rights within the province.

Somewhat surprisingly (at least to this writer) even though the industry consultation process took place over 14 months, and the expert Review came up with 100 recommendations, it was not until the third reading of the Bill in the legislature in early December, 2017 that the new Act actually included any type of “transition” provision.  At the third reading, a new section 87.3(1) was first introduced, which contained provisions for the transition from the old CLA to the new Act.  Given its late introduction into the wording of the new Act, the transition provisions did not receive the thorough analysis or vigorous industry review as the other aspects of the new changes.

As will be elaborated below, it is this writer’s view that the transition provisions are unclear and leave many questions unanswered.  This will create significant uncertainty as time unfolds for the construction trades, lenders, bonding companies, construction lawyers and other industry stakeholders.  Until we get some much needed clarification from the Courts, I anticipate that many of us are going to struggle to ascertain whether the old CLA or the new Act applies to a particular project.

87.3     The old Construction Lien Act, as it read immediately before July 1st, 2018 continues to apply with respect to an improvement [ie. a project] if,

Section 87.3(2) provide examples of the commencement of a procurement process, including the making of a request for qualifications, a request for proposals or a call for tenders

However, upon further reflection, the transition provisions create quite a bit of uncertainty.  Let me provide a couple of examples to highlight my point.  Consider, for example, a material supplier who delivers lumber to a construction project in August of 2018.  How will that lumber supplier know who might be the contractor on the project, and when that “contract” was entered into? What if the material supplier (or even a labourer for that matter) is 3 or 4 levels down in the construction pyramid?  How realistic is it to expect subcontractors way down the ladder to get clear, accurate and timely information as to when a contract was entered into between the Owner and the contractor?

Or, more problematic, is it possible to have some trades on the project be subject to the old CLA, while other trades on the same project be subject to the new Act?  The wording of the transition provisions suggest that the answer is “no”, this cannot occur.  But, consider the following.  An Owner wishes to build a custom home and to act as his/her own general contractor (a common scenario in my experience).  The Owner enters into a contract with the excavator on May 1, 2018 (ie. before July 1st).  The Owner then hires the framer in August, the electrician in October and the window installer in February, 2019.  The window installer doesn’t get paid and in March, 2019 the installer wishes to lien the project.  Which Act applies?  If you focus on the window installer’s contract, it is after July 1st so you might be inclined to believe that the new Act applies.  However, based on the wording of the transition provisions, since “a contract” was entered into before July 1st (ie. the excavator), it would appear that the whole project (ie. the “improvement”) is subject to the old CLA.  That would mean that the window installer is subject to the old Act, even though the window installer’s contract was entered into after July 1st and the services were provided after July 1st.  Unfortunately, the wording of the transition clause suggests that the trades on a project will need to know when all contracts were entered into with the Owner in order to be able to ascertain whether the old Act or the new Act applies, not just their contract or even the contractor in their own payment stream.

This raises a whole set of issues or concerns because it is likely that most of the trades on a project would have no idea whether any other trades were, or were not, contracted before July 1st.  And, more importantly, from a policy perspective, why should the trades (the window installer in my example) have to determine the date when other trades were contracted by the Owner?  Furthermore, from a practical point of view, how do the trades (or their lawyer) go about getting this critical information in a timely manner?

The third scenario in the wording of the transition provision deals with leases.  If there is a lease that pertains to the premises that was entered into before July 1st, 2018, then the old CLA applies – regardless when the construction work is performed.  For this writer, this third scenario is perhaps the most problematic.  Firstly, the wording of the provision does not state that the lease has to be registered on title to be considered.  So, does that mean even unregistered leases pertaining to the premises affects which Act applies?  How do lien claimants (or their lawyers) ascertain whether there are any unregistered leases affecting a property?  Second, how will this provision work practically in a situation where you have, for example, an apartment building with 50 or 75 different rental units, and the lien claimant did work on the parking lot, or the HVAC unit on the roof?  Is the trade supposed to find out when every single lease was entered into, just to ascertain whether the new Act or the old Act applies?  Lastly, it would appear possible (and perhaps likely) that a trade could be working on a project 15 or more years from now and the old CLA could apply to that construction work, simply because a single lease on the premises was first entered into back in 2017 (or earlier).

So, what is the quick take away from the above?  Just because your contract (or subcontract) was entered into after July 1st, or you provided construction services/materials to a project after July 1st, do not assume that the new Act applies to your situation/project.   Depending on how the Court interprets some of the transition wording, it is this writer’s expectation that there are going to be many projects that are still governed by the old CLA for many years (perhaps decades) into the future.